J.R.R. Tolkien - whatever you wish to call him, from the 'Ronald' and 'J2rt' of his friends to the more respectful 'Professor Tolkien' - was a linguist who created a world and history to fit the languages he made and developed. This world is slightly incorrectly called EÄ by some, quite incorrectly called MIDDLE-EARTH by others, and more correctly known as THE LEGENDARIUM.

This webpage (and, one could argue, this website, given its name of 'Imladris'), is dedicated to THE LEGENDARIUM.

"J.R.R. Tolkien has become a sort of mountain, appearing in all subsequent fantasy in the way that Mt. Fuji appears so often in Japanese prints. Sometimes it’s big and up close. Sometimes it’s a shape on the horizon. Sometimes it’s not there at all, which means that the artist either has made a deliberate decision against the mountain, which is interesting in itself, or is in fact standing on Mt. Fuji." -Terry Pratchett

He is the heir to king Díor of Doriath, four generations removed from an Ainu, bearer of the most politically significant human bloodline in existence, nephew or cousin to the every one of the previous high kings of the Noldor (only not now most certainly the high king’s cousin because the high king is of dubious parentage), brother to another powerful king, raised by a high king of the Noldor, the only known being who could claim thrones of Noldor, Sindar, and Men -- and that’s only his mother’s side.

He could rule half of Middle-Earth if he wanted to. It could be him versus Sauron, no third player. But, instead, he takes only a valley, and his fortress is not a place of conquest, but a refuge for any good being who seeks it: Imladris.

I’m not really an Angbang sort of person, but I do find it very funny that the wolf who was prophesied to defeat Huan was fed out of Melkor’s hand and slept by his feet, receiving his careful and personal attention, and Sauron said “I bet that’s me”. 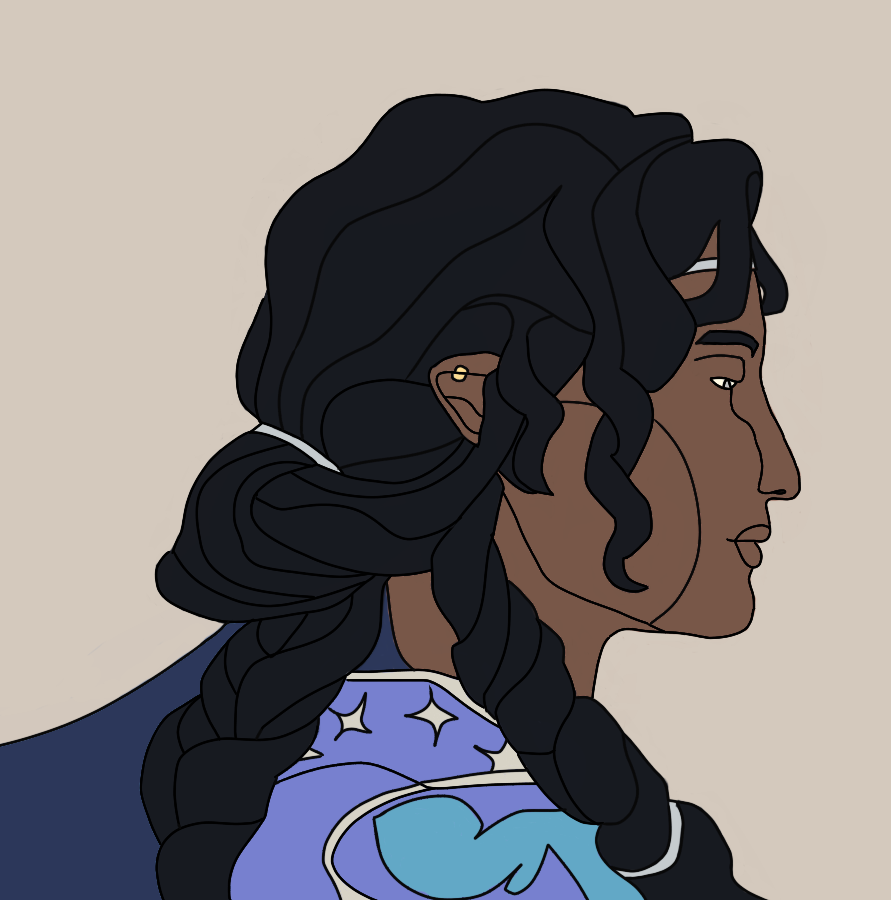